How Will Advances In Technology Affect Our Lives? 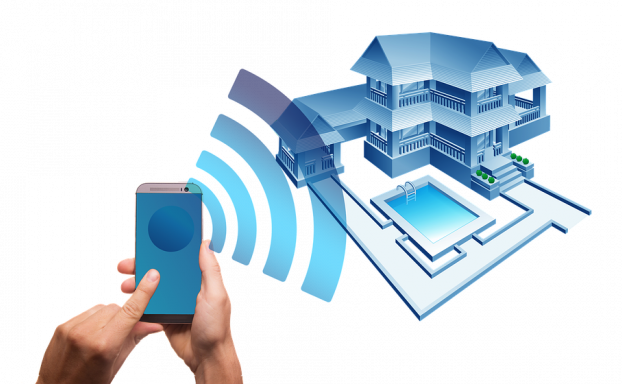 Home security (and security in general) is a great talking point when discussing advancements in technology because the industry has already felt the ripples of disruption from budding inventors and entrepreneurs looking to revolutionise the industry. New technologies and recreations of those technologies have been slowly released into the market for years with everything from smart locks to fingerprint scanners now available to consumers.

CCTV still holds its place as one of the most effective and best value for money in the realm of home security but the future could have something very different in-store. The likelihood is that existing alternatives will become greatly improved and thus become more mainstream but that’s not to say that CCTV will not advance any further.

Currently, CCTV is making big advancements in integrating sensors and WIFI connectivity and these “Smart Cameras” have increased in popularity in recent years but their wireless nature can leave them vulnerable to interference from other devices and even hackers – and nobody wants an unsecured security system. It seems a wired home security system is the best option and we can’t see this changing any time soon!

Many people worry about what technological advancements could mean for their job and rightfully so. Few people saw bookstores losing out Amazon or streaming services such as Netflix putting Blockbuster out of business but this time around everyone is looking at disruptive technology and taking its potential a lot more seriously.

Undoubtedly driverless cars are on most people’s radar as it has the potential to change the transport and trucking industry in a huge way. Following nicely on from driverless cars is the future of energy, mainly because the same man seems to be at the forefront of both industries. Tackling the problem head-on, Elion Musk is one of the most recognisable figures in the worlds of both renewable energy and automated vehicles and he seems set on disrupting both spaces in a way we have never before seen. The continued efforts of Musk and others means that jobs in the energy sector will change dramatically with everything from a change in the demand for engineers to new jobs working on the law and accounting side of these dawning changes.

Atop of this, administrative roles are some of the most likely to be taken away by new tech such as artificial intelligence (AI) grows ever more sophisticated. As a result of AI looking to become a large part of our future, it would appear that the demand for jobs in coding will only continue to rise but with so many people realising this, there is a good chance there will be enough people to meet demand.

We have already discussed home security but as well as that, smart tech looks as if it will continue to infiltrate all areas of our life. We can already control everything from our heating and lights to running a bath with technology and this will continue to expand into more homes.

More than making our lives more efficient smart tech has a lot of potential and will likely become a driving part of consumer behaviour. Smart fridges that automatically reorder your beer when you take out the last one or washing machines that know when you are running out of soap powder will soon be found in most homes. As soon as the software and hardware can be integrated effectively our homes will be filled with all kinds of new smart tech that change our day to day lives.

Many people have accepted and acknowledged that the amount of smart tech in our lives is going to increase and it will eventually fill all areas of our home until we just end up with a “Smart home” – a fully integrated, live-in-able, hub of smart technology designed to make our lives easier.

At the moment when we talk about virtual reality (VR), most of us think of Oculus Rift, the Facebook-owned, headset that has cropped up on more and more people Christmas lists but it is far from a mainstream product and it is certainly not the pinnacle of wherever will end up.

It seems like something out of a sci-fi movie but the future could possibly hold a life in which virtual and augmented reality (AR) is part of our everyday. It will likely become a large part of video gaming before making an introduction into day to day lives but it will get to that point eventually.

With Pokemon Go and Snapchat filters having some success, it is clear that low-key AR certainly grabs our attention and it makes the mind wonder of not only the possible application of more robust AR but how willingly we will accept it. A more robust VR / AR will likely be something that targets more of our senses than just sight and has the potential to entirely change the way we experience the world and it will undoubtedly disrupt all aspects of our lives and completely change industries such as travel. How far away this technology is, is uncertain but when it gets here we will most definitely know about it.

Monitoring our health will be one of the first things to be revolutionised through new and more advanced wearable tech from there it could go in any number of directions but one thing is for sure – health and wellbeing will be disrupted by new tech sooner or later. Waiting in line to see the doc will likely get a lot easier as we swap the waiting room for an online alternative. But tech will do more than help us get a diagnosis, smart tech (as mentioned early) will enter all parts of our lives including health and wellness, most probably in the form of assistive tech designed to aid those with disabilities in much more effective ways that current technology can.

In terms of treatment we are constantly being told of “revolutionary surgeries” and “ground-breaking treatment” and this will certainly continue to be the case with new and more advanced technology playing its role. One of the biggest signs of this is current work with bionic limbs which seem to be redefining the “possible” for many people. As the manufacturing is streamlined and the technology developed further we can expect the cost to become dramatically lower at some point in the future, potentially making bionic limbs commonplace in the world of tomorrow.

It is clear that technology is going to continue to become more and more advanced and disrupt more and more parts of our lives, changing everything from home security systems to health care. The exacts of what future tech has instore is unknown but what is for certain is that things won’t stay the same for too long.