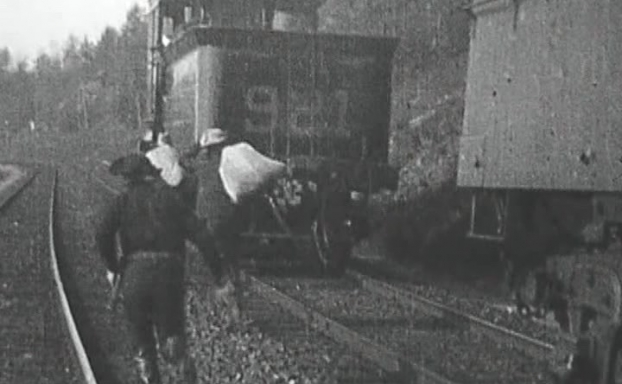 The plot of many films; big heists, bank robberies and raids make for great TV but they seem like something that should stay in Hollywood, however, there have been many real-life heists that could have came straight from the pages of a crime novel or movie script and who knows maybe a quality CCTV system could have prevented them!

Inspiration for a range of movies and books, the great train robbery occurred in 1963 when a group of 15 thieves but into action a plan to intercept a Royal Mail train. The men planned the robbery for months prior to executing it and it was so finely orchestrated that the gang got away with £2.6 million (close to £50 million today). Stopping the train in a remote location by rigging the trackside signals, the gang would go on to overpower the conductor, make off with the loot and go down in history. Whilst convictions were made, with the ringleaders receiving 30-year jail sentences, most of the stolen money was never recovered.

Stephane Breitwieser is not connected to one theft but to hundreds. A waiter and art collector turn career criminal was responsible for the theft of 239 paintings and other works from 172 museums across the globe. His thefts date back to 1995 and included Lucas Cranach the Elder's Sybille, Princess of Cleves, a painting valued at £4.8 million. It is recognised that Breitwieser focused primarily on smaller museums and galleries with the least effective security allowing him to make a large sum by stealing vast amounts of high price items, rather than targeting fewer more expensive paintings from more secure exhibitions.

In November 1983, assisted by a security guard, six robbers made their way into Brink’s-MAT in Heathrow airport with the intention of stealing £3 million in cash. The money was believed to be under key and easy enough for them to secure without too many problems, however, their loot was significantly increased when they discovered three tons of gold bullions and diamonds. They escaped with around £26 million (approximately £500 million today) in gold bullions, diamonds, and cash. Many of the gang and associates have been arrested since the burglary and there have been several murders in connection with the theft but the gold was never recovered.

So far, this list has not seen a crime involving any sophisticated technologies of the modern age but this crime came very close. Not using the technology, you may expect but instead using modern-day latex prosthetics. The two thieves had a professional makeup artist change their appearance using latex prosthetics and wigs under the premise that the new looks were for a music video. The two culprits, dawning their disguises, then entered Graff diamonds posing as customers before stealing nearly £40 million worth of jewellery. They were later apprehended and jailed with the use of CCTV evidence. All the stolen items are yet to be recovered.

The only item on this list to be foiled, the Millennium Dome Raid was an attempt to secure diamonds from the De Beers Diamond Exhibition including the Millennium Star, a 203.04-carat gem with an estimated worth of £200 million. The Metropolitan Police Service’s Flying Squad foiled the raid by using the Millennium Dome’s CCTV room as a control room. The police had been following the gang’s movements following previous failed raids and robberies by the gang which allowed them to stay one step ahead on this occasion.