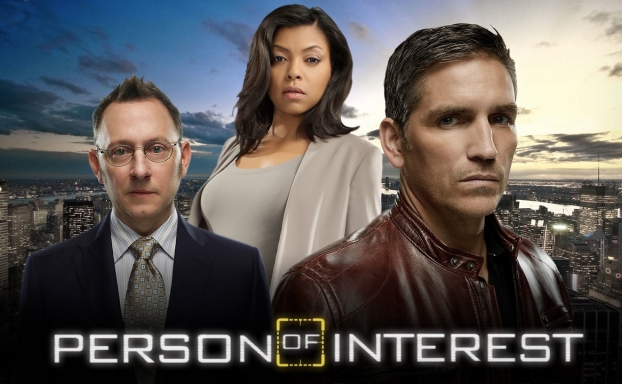 From identifying and capturing elusive vandals to providing vital evidence needed for the conviction of a criminal, camera footage from CCTV and elsewhere can play a huge role in the worlds of public safety and criminal justice. In this post, we will look at how CCTV and surveillance used in the apprehension, arrest and conviction of criminals is represented through TV shows.

The action crime drama, Person of Interest was a big hit which lasted five seasons but what did 103 episodes tell us about CCTV and security? The sci-fi-esc surveillance AI which the show is based around is somewhat futuristic and may be representative of what is to come but the show also demonstrates some fundamental elements of CCTV which are relevant to today’s technology.

As depicted in the show, CCTV can be instrumental in learning the identities and monitoring the movements of potential criminals – on any scale. It may seem plausible that this is true on a grand scale in which the government uses national surveillance to track the movements of suspected terrorists but the use of CCTV footage to piece together valuable information has been used countless times in the apprehension of vandals and burglars too.

Currently, surveillance is not as advanced as it is in Person of Interest but with a little more human involvement CCTV footage can be used to predict the movements of a wide spectrum of criminals.

At its core, Channel 4’s Hunted is a game show but it does offer a look into surveillance and its uses in the apprehension of evasive suspects. The premise is simple; a group of contestants play the role of fugitives and aim to evade capture from a team of police and intelligence professionals (referred to as the Hunters) for 28 days. The “Hunters” use the same powers that are used by the state (some are replicated for the show) in order to apprehend the “Fugitives”. Their powers include open source intelligence as well as (replicated) powers such as CCTV and ANPR (automatic number plate recognition).

CCTV footage only makes up a portion of the methods used to capture the fugitives but it offers the viewer an insight into how it can be used to the benefit of public safety. Whilst the CCTV footage in the show is replicated (taken from Channel 4 cameras) it is designed to accurately resemble the CCTV footage that would be available and is only given to the Hunters when it is deemed they have done the sufficient work to warrant the footage. Many people are sceptical about the realism of the show is but it certainly gives people an indication as to the power of both state and home surveillance.

One of many “cop shows”, Cops UK: Bodycam Squad, unsurprisingly, focuses on the use of bodycams with many references to their use in capturing evidence. Often in the show phrases such as “it was all captured on camera” are used and this is because the police understand the value of the hard evidence provided by video footage. The ideas of the benefit of the bodycams can be extended to home CCTV as the principle remains the same – video footage is possibly the best evidence you can provide against a suspect. It seems simple but the outcome of an arrest can be very different depending on the presence or absence of video footage.

A one-off Tv drama, The Watchman is a story about a CCTV operator who watches the city pass by on his night shifts. Through his many monitors (and CCTV cameras) Carl, the main charter, watches stories play out before his eyes including a drug deal – something he wants to put an end to. Carl takes what he has learnt about the drug dealers to the police and when they don’t take as much action as he would like he decides to take things into his own hands.

Whilst armed with CCTV Carl is in no position to take on the dealers. It is clear that the police needed to be involved to successfully foil the drug deals but the show does demonstrate the importance and value of CCTV footage. The show also clearly shows the risk of taking the law into your own hands and going on a vigilante crusade but CCTV footage can be a powerful tool in the hands of people with the right powers and authority (such as the police).

One of the first TV shows to spring to mind as far as CCTV is concerned is Crime Watch, a news show updating its viewers on the nation's crime and helping to bring people to justice. The show, whilst an informative piece of television, worked hard to increase awareness of crimes and seek the help of the public in solving crimes.

The show had various segments such as “wanted faces” which asked the public for information as to the whereabouts of suspects. The show also showed CCTV footage from homes as well as stores, banks and street cameras which depicted crimes and identified culprits and would appeal to the public for any information about the act or the perpetrators. Of all shows on this list, Crime Watch is by far the best in displaying how effective and important CCTV can be in solving crimes and bringing the perpetrators to justice.

From drama series which use futuristic tech to gameshows and crime news programmes, CCTV spends plenty of time in the spotlight. The incredible technology is a huge part of state surveillance but it can also offer staggering benefits as part of a home security system so it is unsurprising that closed-circuit television is so prevalent on our TV screens.