Best and Worst of Home Security in Movies 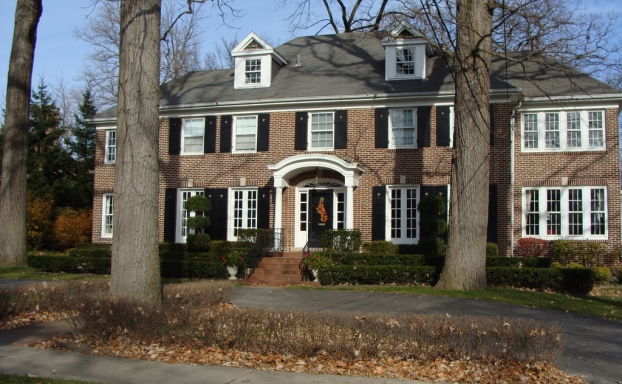 Home security is very important, even in the wonderful world of Hollywood and film so here is a look at some of the most notable security from the big screen featuring everything from CCTV to killer robots.

Likely the number one film you expected to see on this list, Home Alone demonstrates exactly why you need CCTV. In this movie, Kevin McCallister is forced to protect himself and his home from burglars with some creative booby traps alongside the use of a BB gun, a tarantula and more. Ingenuity and a touch of child genius works well on the movie screen but we are sure you would suffer drastically different results in real life. The iconic movie series would have been a little boring had prospective burglars been warned off by CCTV cameras though so we will not hold the lack of home security against the McCallisters or the film producers.

A children’s animated film may seem out of place on this list at first but once you take into the account that a super-powerful, evolving killer robot protects the main villains lair you see why it is here. The Omnidroid 9000 is designed to take over the world as much as protect and guard a lair but it does still fulfil the latter role as security. Although the giant robot seems like effective security for a home we do not advice investing in a self-learning murderous robot any time soon.

Starring Jodie Foster and Kristen Stewart, Panic room perfectly demonstrates how home security can not only save your home and possessions but perhaps even your life. As the title suggests the movie is centred around a mother and daughter staying safe in a panic room of their new home whilst three men seek out a small fortune. The movie depicts the benefits of home security including CCTV and in the midst of all the glam of Hollywood there is a lot to be taken from the film in terms of how to secure your home.

The purge is an entire movie centred around the security of one home. Set in an America where one night a year crime is made legal and follows the violent attack on a home over the duration of that night. The home security is varied and consists of everything from bars behind doors to magnetic locks. The purge also features a lot of CCTV despite no need for a deterrent or need to identify the culprit showing that CCTV offers more than you may first think including identifying weak points in other security and allowing you to know what is going on around you should you ever face burglars or vandals.

Raiders of the Lost Ark

The first of the beloved Indiana Jones series, Raiders of The Lost Ark displays some of the greatest “home” security. Although they were a little excessive in this movie the ancient Mayans were shown to have put some thought into how best to protect their home from thieves and unwanted guests. Their temple was filled with trap doors, light sensor activated spikes and flying arrows with a snake pit or two added for good measure. None the less Indiana still came away with a golden idol maybe the Mayans would have done better to invest in some CCTV.