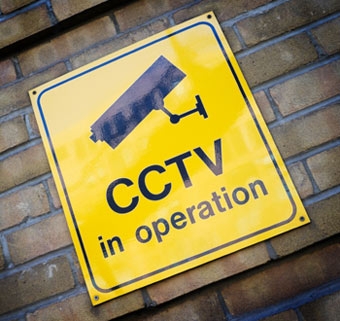 We understand how crucial CCTV can be for securing a home, but it has also proven to be an effective tool in the apprehension of criminals on a much bigger scale. here are 3 harrowing crimes that CCTV helped solve.

The London nail bombings were an infamous string of attacks targeted at minority groups in 1999. A total of three attacks were carried out across 13 days in Brixton, the East End and Soho. Each time the culprit, David Copeland, planted a homemade nail bomb containing as many as 1500 4-inch nails hidden in a holdall in a public space. the attacks resulted in the death of 3 people including a pregnant woman and injured over 140 others. Of the injured casualties 4 consequently lost limbs.

The anti-terrorism branch of the Metropolitan Police were able to identify Copeland from CCTV footage of his second attack in Brixton. The image of Copeland was given wide publicity which lead to him bringing his third attack forward. He was arrested later that evening after intelligence gathered from the public as a result of the released image lead them to his address.

During a visit to a shopping centre in 1993, Denise Bulger momentarily took her eye off her son, James bulger. In this time the defenceless two-year-old was abducted by two ten-year-old boys – Jon Venables and Robert Thompson. James was taken 2 miles away from the place of his abduction by Thompson and Venables and callously beaten, ultimately dying from multiple head injuries. The two ten-year-olds then discarded James Bulger’s body on a train track.

CCTV cameras from the shopping centre captured the two boys with James and were used as one of the prominent pieces of evidence during the infamous trial. Despite much controversy involving initial increases in the original eight-year sentence tariff set by the trial judge both Thompson and Venables served eight-year sentences

During the annual Boston Marathon on Monday April 15, 2013 two bombs were detonated near the finish line of the race resulting in the death of three spectators and injury of over 260 others. The bombing triggered an intense manhunt to identify and apprehend the culprits. Without any suspects police and the FBI among more than 20 different agencies had to piece together witness testimony, photographs and CCTV from an estimated 200 businesses in the vicinity of the attack.

Eventually they uncovered the footage showing a man acting calm on a phone call as the rest of the crowd reacted to the first explosion. Piecing together different pieces of footage they successfully identified the man and alongside a second suspect who matched the description given by a witness. The Thursday following the bombing the FBI released images of the suspects and requested that the public came forward with any knowledge of the two men.

The suspects carjacked an SUV but the car’s owner was able to escape and make a call to 911. After making an ID on the suspects stolen vehicle, Police were able to tackle and handcuff one of the men. However, the second suspect ran over his accomplice with the SUV as he escaped. The captured suspect died of his injuries before he could be questioned but fingerprint identification they were able to piece together that the second suspect was his younger brother whom they successfully apprehended the following day.

These are just three instances demonstrating how video surveillance systems can be crucial in the apprehension of criminals, but their effectiveness works regardless of the severity of the crime. From vandalism caught on home CCTV through to acts of terrorism pieced together from CCTV from over 200 premises video footage remains one of the greatest tools in the fight against crime.